...who are not Lex Luthor and human (mostly).  And yes, I realize as soon as I publish this list, I'll think of 49 others who belong, so please, feel free to comment and make me feel like an idiot for forgetting so and so.

10. The Mist
She might have not had the most lucrative criminal career, not would she have been invited into the Legion of Doom, but she sure as hell mind fucked one of my favorite comic book characters, Jack Knight, otherwise known as Starman.  This might be the only instance of male rape by a female in comic book history. Oh yeah, and then she had his son. 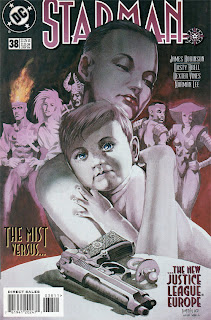 9. Norman Osborn
Yeah, I know, he has augmented strength thanks to his recreational use of his Goblin formula, but he's the scariest when he's in a suit and tie.  He might have been overplayed over the past few years, thanks to Marvel's Dark Reign, but I liked the idea of him being trusted by the public.  He's as close to Lex Luthor as the Marvel Universe is going to get. 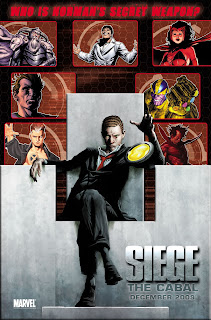 8.  The Joker
Another character that gets overused, but when he's written well, he's a force to be reckon with.  I dare anyone to read Morrison's Arkham Asylum and not be freaked out by the Clown Prince of Crime. 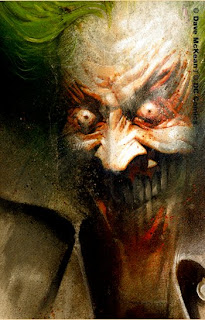 7. The Smiler
He's a politician.  Who never, ever stops smiling.  Enough said. 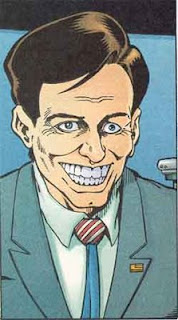 6. Destro
The only reason Cobra constantly failed in their plans for world domination is they trusted leadership to Cobra Commander and Serpentor.  Had Destro felt the need to wrestle control away, they might have actually won.  But what makes Destro that awesome is he didn't feel the need to be in charge.  He could have walked away whenever he wanted to if not for that damned Baroness.

5. The Kingpin
He's a self made man, and I like that.  And he's resilient.  No matter what Daredevil threw at him, he found a way to come back.  And nobody wrote him better than Frank Miller. 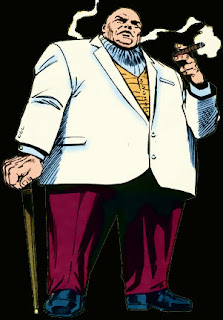 4. Captain Cold
I barely noticed him until Geoff Johns took over writing duties on The Flash.  He went from a guy with a Mr. Freeze gimmick, to the leader of the second most badass group of rouges in the DCU, and unlike Batman's villains, these blokes are organized.  And when six to ten bad guys can all agree on you as their leader, you must be made of strong stuff. 3.  Two Face
Surprised myself with this one.  Almost everyone's favorite Batman villain is Joker, but when written by Greg Rucka, Two Face took on a level of tradgedy that was impossible to look away from.  He is capable from going from hero to villain with the flip of a coin, and it's that lack of trust that I find so disturbing. 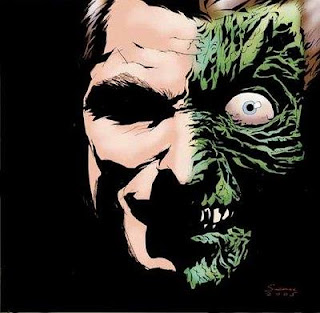 2.  The Trust
Technically, this is a group of villains, but in the real world of 100 Bullets, they are one.  What makes them frightening is not how easily they can ruin anyone's life, but how anonymously they can do it.  The average man wouldn't even know who to blame. 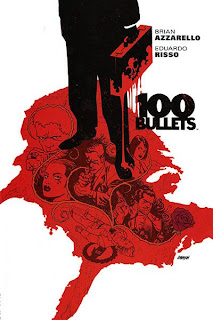 1. Herr Starr
He's been shot at, sodomized, cut open, had his genitals munched on by a dog, and had his leg devoured by cannibals, yet he still keeps coming for Jesse Custer.  He is the ugly black heart and face of determination in Preacher.  And there is no other like him in all of literature. 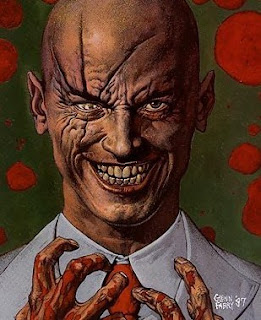