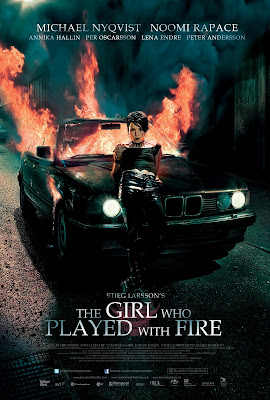 I can blame/give credit to George Lucas for a great many things in my life.

First, a grown man has no need for a basement full of action figures, despite how incredibly cool they might be.  With the money I spent on them the past 15 years I could have rebuilt Haiti.

Second.  Midichlorians?  Seriously George, that's the best you could do?  Sometimes the Force is just the Force and you shouldn't fuck about trying to explain it in a scientific manner.  Does anyone watch Star Wars for it's believable use of science?  While Qui-Gon blathered on about it I seriously considered abandoning science for organized religion, a feat I thought impossible.  The only thing the Phantom Menace accomplished was placing a friend of mine into a near coma for the two hours immediately following the film.  The lesson, leave well enough alone.

Third, not every middle film in a trilogy is going to be as good as The Empire Strikes Back.  I may lose credit for this, but I consider Empire to be a stronger middle chapter than Godfather II, but only because it wasn't supposed to be building towards a third film.

When I first reviewed the novel, The Girl Who Played With Fire I did share that I considered it to be the equivalent of ESB, and I still stand by that.  It did a fantastic job of building off the first novel, gave us plenty of new information and danger, then left us holding our breath for the final chapter.

The movie did not, and I'm not sure if it's the fault of the filmmaker or me.  Most of the parts were there; great cast, including new and old, solid script, decent directing.  But something felt missing.  Part of the novel had been excised, the investigators especially, and I understand the need to remove them, as they were not essential towards the films plot, but I still missed them.  They were another point of view in the novel.

I feel the main reason the film left me cold was I knew the ending.  Is there any way to change this, other than not to not experience one medium or the other.  Would Empire have floored me had I known that Luke would lose a hand, Han would be frozen in carbonite, and Vader would be revealed as a dead beat dad?

Probably not, but the film to gets to me to this day.  Maybe it's because of how hopeless I felt when I first watched it.  Would Luke save the day?  Would Han survive?  When you are seven years old, it's tough to be sure.  I'm 34 now, and I can think past it.  I'm more aware of story conventions, and the world outside the story.  (I knew there was a third book for example.)  Yes, Lisbeth might have been shot in the head, but I'm not worried that she might not survive.  I know her story isn't done being told.

So, I can't blame the movie because it let me down.

Instead, I will blame George Lucas.
Posted by Dan Fleming at 10:22 AM