The the Mattresses Week 46 - Patricia Highsmith

She may be considered one of the great grand dame's of criminal fiction, but sadly, I've only read The Talented Mr. Ripley, and that was only after seeing the film.  One day I will remedy that because the book was absolutely fantastic, and well worth the multiple follow ups. 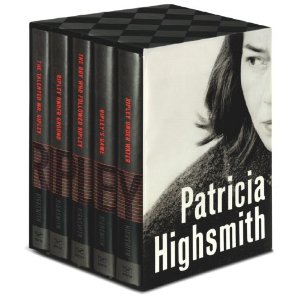 As it turns out, it seems the woman might just have been as interesting as her creations.  A book came out last year, which while it is on my saved list at Amazon, never made it into the checkout.  A trade version of it ships in January, and I think that might be the time to finally purchase it. 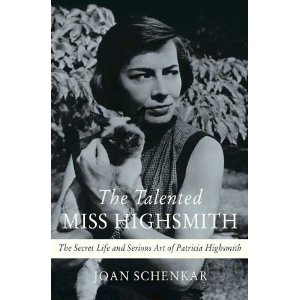 And while I'm not as familiar with her literary work, I've seen quite a few of the film adaptations.  The Talented Mr. Ripley is an absolutely stunning film, and perhaps the best work of Matt Damon's career. I was surprised as hell to discover that wasn't even the first time that story had gone in front of the camera.  Purple Noon is just as good.  Sadly, despite my love for all things Malkovich, I wasn't that enamored of the later Ripley film, Ripley's Game.  Certainly worth a viewing, but it doesn't stand up compared with the other two.  I have yet to see 2005's Ripley Under Ground or the Wim Wenders film The American Friend, but the thought of Dennis Hopper as Ripley is too intriguing to ignore.
The Talented Mr. Ripley


But all of these films, some quality looking, some not, don't compare to my absolute favorite Highsmith adaptation, Alfred Hitchcock's Strangers on a Train.  I haven't watched it in years, and I just might run to the video store today to see if they have a copy

Strangers on a Train