To the Mattresses Week 47 - In the Woods 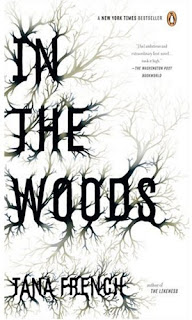 I've never been a fan of deadlines, so throughout the year, I've tried best to steer clear of them.  However, when the need to review a book a week, the inevitability of the dreaded "D" word becomes clear.   To this point it hasn't been much of a problem.  I've always been an avid reader, and fortunately find myself with enough spare time to put down at least a novel a week.  This week there has been a snag.  I was able to use some trickery, as you might have noticed that Thursday's The Long Con column involved all books I haven't read, but through sheer luck coincided with a holiday.

The question remains.  Why have I been unable to finish a book this week?  Let's go through the excuses.

1.  The book is not good.  We've all run into this from time to time.  As a student, I had to force my way through many novels I had no interest in reading, other than the test/essay that would need to be past upon it's completion.  Thankfully, as an adult, I have the luxury of putting the book down, and in most cases, walking away from it.  But even then, as anyone who has read the blog in the past few weeks, I can usually get to that last page and close the book knowing I gave it every chance to turn itself around.

So no on reason one.

2.  It's just too long.  This is a good possibility.  I've read such weighty tomes as War and Peace, Crime and Punishment, and Infinite Jest, but never in a weeks time.  At the same time, I devoured The Stand in four days.  And if honesty is going to be a part of this, In the Woods just isnt' nearly that long.

3.  The book is complicated and hard to understand.  Discounting Infinite Jest for it's length, I've managed to make sense (for the most part) and read in less than a week, Naked Lunch.  But for all it's twists and turns, Tara French has not fashioned an overly complicated read.

Well, those are the three excuses I usually use.  Since none of them are reason enough, I'm still left wondering why I haven't finished this book yet.  I think I've figured it out, though this excuse would never fly with a teacher.

It's just too good.

Seriously, In the Woods, Tara French's first novel is terrifyingly well written.  I can zip through a four hundred page book rather quickly, but I've found that I just don't want to in this case.  Countless paragraphs have been read and re-read, just so I can marvel at their construction.  The words flow effortlessly, yet convey the same amount of information as a text book.

I take my time with it, because I'm not sure if I will read anything this good again.

Luckily for me, she's written two other books, both of which I will read.  If I ever finish this book. 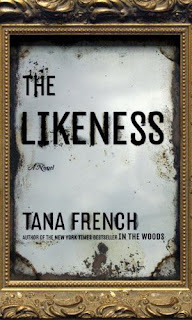 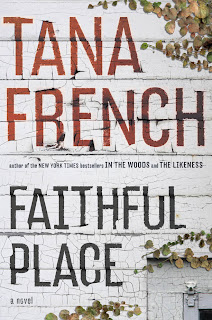