...and they all involve this movie. 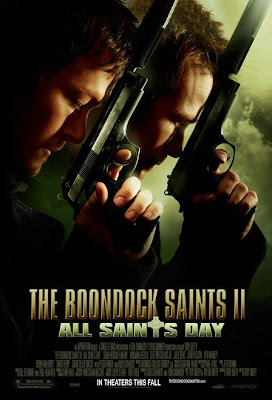 I'll start with the general, and graduate to the specifics.  Again, these are only my opinions, but I must seriously question the taste of anyone who doesn't at least find a bit of truth in this list.
1.  The Acting.  All around.  Seriously, no one was good.  Okay, maybe Billy Connolly

3.  The Accents.  Again, all of them, with the exception of Billy Connolly.  His is authentic.

4.  The Direction.  This film was all over the place.  Is it a comedy?  An action film?  A revenge drama?  Unfortunately, it doesn't pull off any of it.  It takes itself too seriously to be comedic, and it's too goofy to be a drama.

6.  The Keystone Cops, especially Bob Marley.  Nothing they do is humorous.  Nothing.

8.  Seriously, what is with all the ass sex jokes?

10.  Judd Nelson thinking he's Al Capone as he beats a man in the face with a salami.

12.  Quote #2 - A lot of it doesn't make sense, which is why it makes perfect sense. FBI Special Agent Eunice Bloom

16.  Any scene with Gorgeous George.

19.  Do you really need a replay of a shootout that just occurred.  It literally just finished.  And why the Mariachi music?

21.  The name Yakavetta.  The worst crime boss name ever.

22.  Sexy music while looking at guns.  And I'm thinking the title of that song might have been "Balls Deep in Your Love."  I could have found out, but that would have required me watching the credits.

23.  This movie took place in Boston?  A few more shots of the city would have been nice.

24.  Ignoring all rules of physics during shootouts.  Style can only get you so far, but first you need style.

27.  When Billy Connolly is the best thing about your movie, don't keep him out of it for an hour and a half.

28.  The Rocco Dream Sequence/stand up routine.

29.  The history of the vest.  Did anyone really care?

30.  Was not one actual italian available to play Peter Fonda's role?  I would have accepted Father Guido Sarducci over this.

32.  Anytime there is "meaningful symbolism."

34.  Billy Connolly dies, which removes any reason to watch...

35.  The possibility of a third movie.

36.  Why are the Saints the only people who actually hit what they shoot at?

37.  40 agents show up immediately after the gunfight.

38.  Willem Dafoe shows up just when I thought he had the good sense to stay away.

And technically, these two are from the bonus features.

40.  Troy Duffy appears to still be a giant douche bag who believes with all his heart that he is making the greatest movie ever made.  I figured after Overnight, the documentary about his unbelievable flame out during the filming of the first movie, he might have a bit more humility.  Wrong.

And to prove that a trailer can make any movie appear watchable...

Believe me when I say that was a thousand times better than the film.
Posted by Dan Fleming at 11:26 AM