To the Mattresses Week 10 - Music to Make Murder 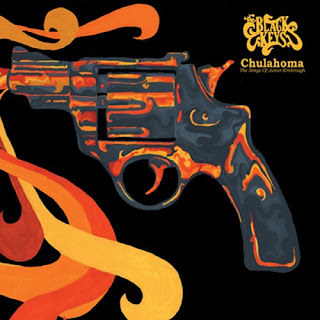 I've been reading Walking the Perfect Square by Reed Farrel Coleman this week, and was instantly struck by a line.

"It had never occurred to me that the older one gets, the less one's life is accompanied by music."

That kills me. I'd like to think the opposite was true.  When I was younger, I was often slave to whatever my parents had playing in the house.  My knowledge of Air Supply and Billy Joel is frightening.  Music was for car rides and quiet time.  That changed when I got my very first CD player for Christmas.  I still remember the look on my Mom's face when I bought the first CD, Motley Crue's Shout at the Devil.  I didn't buy it because it was the best CD available at Ames Department Store, but because it was my way of saying, this is my music now Mom, and you are going to hate it.  Quiet music time was over.

The rebellious nature has gone away, mostly, but I've still always got music playing in the background, whether I'm reading, cleaning the house or writing.  The thought of silence surrounding my day to day life is terrifying. Of course, this book was written before iPods became so prevalent, and carrying an entire catalog of music is less space consuming than a pack of smokes.

So I don't think I'll ever be entirely without music.  Which is good, because I absolutely NEED music in the background when writing.  Often when I'm stuck for words, just changing the song (love iTunes shuffle) will grease the mental wheels.  And if the music is really good, it can inspire brand new thoughts.

Case in point, The Black Keys.  Until three years ago, I'd never heard of this dynamic duo.  I've always considered myself pretty "with it" when it comes to music, but somehow these two snuck up on me and released a few albums without my awareness.

But within one song, their sound, at least on that first album I heard, Chulahoma, transported me to a place I'm not sure I belonged.  (To be fair, that album was all covers of Junior Kimbrough, but still, they played the hell out of them.) I envisioned dirty bars, with large tattooed men, waiting to kick my ass if I ordered anything other than a whiskey.   They planned drug deals and robberies, considered murder if necessary.  Basically, this album would have been on the jukebox in the Monkey House from Gun Monkeys.

Whenever I need to write something dark or sinister I just play those tracks, and hope I don't get frightened by what I think up.

Here is some random Black Keys goodness.  And please, visit their official website.