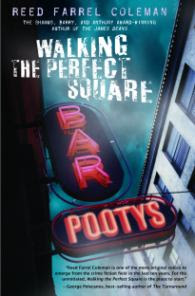 I hold a picture up
everybody thinks it's me
I get a thrill out of tampering
with the atmostphere
Hey baby, I'm out of favor
You can't always be
the right flavor
Just seems that no matter
what you do
Someone somewhere
Someone's got to punish you

Nobody hurts you
harder than yourself
-Graham Parker

The secrets we keep do more damage than our actions sometimes.  They'll eat at us, affecting everything we do or say for as long as we keep it to ourselves.  No one understands this more than Moe Prager, the ex-cop turned possible PI at the heart of this novel.  He's been keeping a secret from the woman he loves for the past twenty years.  Should she find out, it could possibly destroy her, but whether he likes it or not, secrets have a way of coming out.

But first, we need to learn the secret he's been keeping.  A young man has gone missing.  Moe has been hired by the boys father, Francis Maloney.  He's a man of influence, and the promise of some favors, plus a paycheck, is enough to draw Moe out of retirement.  He was injured on the job, and the lack of anything to do hurts worse than the healed knee.  It seems Patrick Maloney, an upstanding young man, disappeared after a night in the city.  Gone without a trace, it's unknown whether he's alive or dead.

Moe knows nothing of Patrick, but with each interview, a different picture is painted than the one Francis gave.  Patrick was mysterious, even a little strange, and he had secrets of his own.  And someone wants to make sure Moe never finds those secrets out.

Walking the Perfect Square was not Reed Farrel Coleman's first novel, but it was the debut of Moe Prager, one of the more interesting PI's I've ever read.  Unlike Scudder or Spenser, Moe doesn't really speak with his fists.  Sure, he drinks, but he hardly finds solace at the bottom of a bottle.  And he's actually well liked by everyone he knows.He's got friends and family who appear to like him.  The strangers he meets during his investigation are treated nicely, and with the exception of a few key people, become his friends.  I'm pretty sure the only fight he gets into was brief and broken up by his girlfriend.

But what really impressed me about this novel was the structure.  Balancing the story between events in 1998 and 1978 could have been tough and tiresome for the reader.  (I'm one of those who hates the way the Godfather Part II bounces between the two Corleones.)  The secret that drove the story was kept until just the right moment, with neither timeline giving anything away.  Sure, we know Moe isn't going to die in 1978, but everything else from the "present" is kept reasonably vague.  Not once did I feel cheated by any omission of details, and when everything came together, it made perfect, emotionally devestating, sense.

Because of the way everything tied together, I'm not sure we were meant to see any more of Moe after this book.  On it's own, it was a very satisfying story.  But I must confess I'm happy to see Moe's story is not over, as there are at least four more novels.