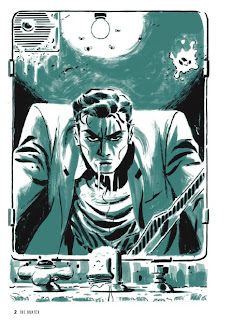 No shame in that, not like there used to be. Not every one of us looks like the Comic Shop Guy in The Simpsons. Sure, some of our shops are still pretty ghetto, and there will be those that argue about who is stronger, the Hulk or the Thing. (Hulk). But we are a little more mainstream thanks to our cool uncle Hollywood. He's taken us to some pretty sweet parties, introduced us to some hot girls, maybe even scored us some weed.

And we don't want to go back to being the nerds. 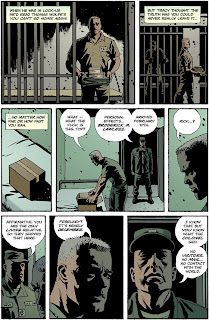 But superhero comics will keep us there. They've been around forever, and keep the industry afloat, but tell someone you read comics and they'll automatically assume you're reading Superman. Which of course I am. But to be fair, he is currently written by crime-writer extraordinaire Greg Rucka.

Other books exist though, just like every medium. You go to a Barnes and Noble, and fiction has subcategories. Mystery, Romance, Sci-Fi. Now look for the comics, or as they are often referred to, The Graphic Novels. (Makes them sound a bit fancier.) I'd wager one whole dollar that the aforementioned categories do not break apart The Graphic Novels. They are lumped together, the inner city tenement of the bookstore.

But there are other genres of comics out there. Most notably, you probably guessed it by now, crime. Crime comics are making a comeback of late, mostly thanks to a bunch of crime writers invading the industry. Charlie Huston, Greg Rucka, Jason Starr, Ian Banks, Duane Swierczynski and others are all bringing their strange little toys to the playground. And other comic notables, such as Brian Michael Bendis (who started writing some fantastic crime stories), Rick Remender, Ed Brubaker, and Darwyn Cooke are knocking it out of the park with some original work. 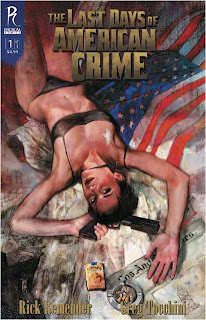 Okay Cooke is adapting the Parker novels, but he's making them his own.

So each Wednesday, on new comic book day, I'll highlight a story, an issue or even a Graphic Novel (see how important they sound) that has it's fingers dipped in the crime pool. Hopefully you will have heard of these books, because that will make you automatically cooler than everyone else. But if not, it's your chance to catch up with the rest of us, and be one of the cool kids. 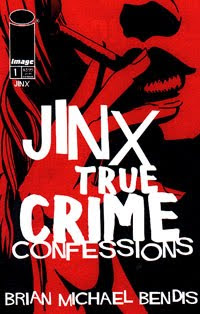 Maybe we will even score you some weed.
Posted by Dan Fleming at 12:58 PM