Being a complete procrastinator, I am often without structure. It's so much easier to fly by the seat of my pants, go where my brain takes me. Far to often it gets me lost, with no idea how I got there, or even where I should go.

I can't let that happen.

So what if I've got a million DVD's to watch and a stack of books the height of small trolls. I have a plan. 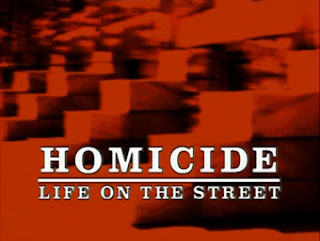 1. Watch each and every episode of Homicide: Life on the Streets. I picked this up from DeepDiscount.com about a month ago for $50, and I can't let such a deal go to waste. Each day I will try to find time to watch at least one episode. Shouldn't be hard. I certainly waste more than 45 minutes a day. A day spent with Munch is a good day.

2. Read each and every book from Hard Case Crime. I've got them on a shelf, mocking me. Every few weeks another one joins in their laughter. A few have been randomly read, but they've numbered them for a reason. Tomorrow I start with Number One. And in case you have never picked one up, these are the coolest things printed on paper. No joke. 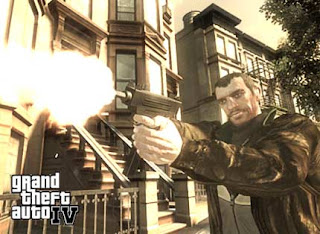 3.Play through Grand Theft Auto IV. I picked this up used about a year ago with a Christmas gift card, and it has been unplayed since. Don't blame me, blame Marvel Ultimate Alliance and Batman: Arkham Asylum. It's the closest I'm ever going to get to being a criminal, or a badass for that matter. I'll live vicariously through Nico for a few months.

Enough talking about what I'm going to do. Tomorrow the real work begins.