So it's been about three weeks since I started this experiment and a few revelations are starting to come to light regarding my television viewing.

First, I can absolutely devour Homicide.  I've finished the first few seasons without even really trying.  A few other shows have found there way into my home viewing (Chuck and The Simpsons), so in reality I've only spent five or six nights watching Homicide.  Now that I finally have Saturdays off again, the chances of me blowing through an entire season in a weekend is quite probable.

Which comes to the second revelation.  I'm going to need more shit to watch.

On my dvd shelf sits plenty of shows that fit the bill for what I'm trying to accomplish here.  I've got The Sopranos, The Wire, Oz, The Shield, Law and Order's, Veronica Mars, etc.  I could rewatch any number of those and easily fill the next eleven months talking about them.  But I want something new.

I've done some Netflix searching I think I might have hit a few shows worth trying. 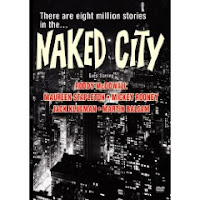 Naked City
Filmed in a gritty cinematic style on the streets of New York, this landmark police drama starring Paul Burke and Horace McMahon helped deliver a sense of realism and put a human face on crime by exploring the personal lives of its characters. This comprehensive set includes a string of the show's most memorable episodes, many of which feature guest spots by noted TV and movie actors, including Maureen Stapleton, Aldo Ray and Sandy Dennis.

Chancer
When his under-the-table dealings get him fired from a London bank, charismatic con artist Stephen Crane (Oscar nominee Clive Owen, in one of his earliest starring roles) finds work managing the turnaround of a troubled automobile manufacturer. But no matter how desperately Stephen tries to keep his checkered past bound and tethered, it continues to hunt him down. 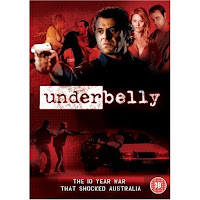 Underbelly
Exposing the real-life gangland war which raged for over a decade, UNDERBELLY is itself based on the book LEADBELLY: INSIDE AUSTRALIA'S UNDERWORLD by journalists John Silvester and Andrew Rule. This, sometimes fictionalised, account compacts the bitter feud into 13 nail-biting episodes.

The action begins in 1995 when the Melbourne crime syndicate 'the Carlton Crew' dominate the scene. Drug dealing brothers Jason and Mark Moran (Les Hill and Callan Mulvey) emerge as key players, and are kept under the scrutinising eyes of police officers Steve Owen (Rodger Corser) and Jacqui James (Caroline Craig), members of Task Force Purana. When Jason's driver Carl Williams (Gyton Grantley) double-crosses the brothers in a drug scam it sparks off a chain of bloody events; with more double-crossings, alliances made, alliances broken, extortion, hits ordered, killings, avenge killings and numerous spells in prison. With slick production design, and a huge cast of colourful characters interweaving across the show's long time-frame, it's clear why UNDERBELLY has been heralded one of Australia's best ever crime dramas.

Any other suggestions?
Posted by Dan Fleming at 8:35 AM