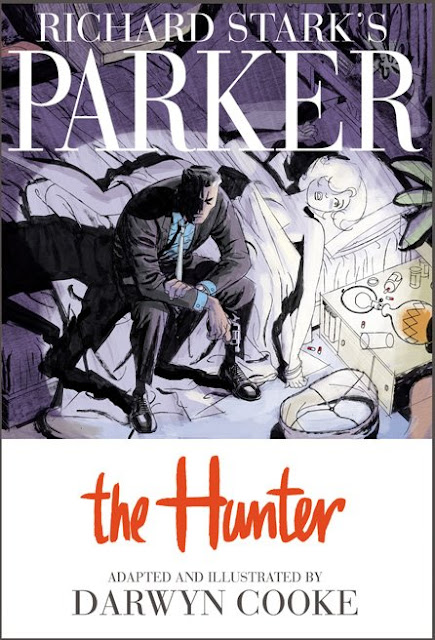 I've been called them all, often correctly.  I consider myself low key and calm, but under the right circumstances I can see why those around me would consider me detatched.  It's not something I can argue against, so I'm not going to try.

But those people don't know cold.

Parker, he's got ice cubes instead of balls.

Parker was created by Richard Stark (Donald Westlake), and went on to star in twenty-four novels.  I'll hang my head in shame and say I have yet to read a single one of them.  (They are on the list!)  But I have seen both versions of Payback and Point Blank.  I dug the story.

So when I heard that comic artist extraordinairre Darwyn Cooke was going to adapt the Parker novels for IDW, starting with The Hunter, I was stoked.  I had become familiar with his work thanks to projects such as Catwoman, Selina's Big Score, Solo, Will Eisner's the Spirit, and New Frontier.  Sure, most of those are superhero yarns, but his Slam Bradley stories in Solo left me completely assurred this project would be nothing short of amazing.  My expectations were in the stratosphere.

I should have aimed higher. 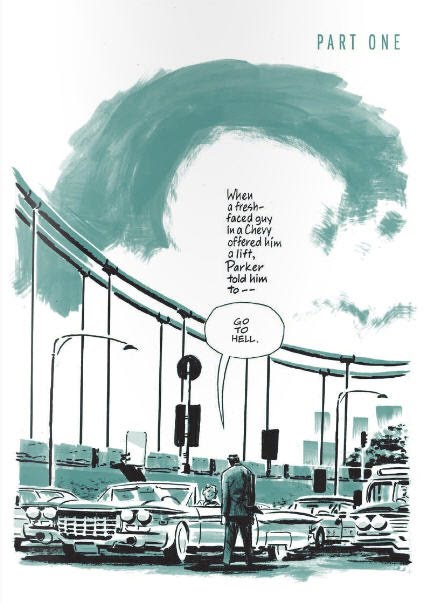 From page one I was hooked.The next seventeen, ckean, crisp, mostly wordless, pages I was a fiend, devouring panel after panel.  When Parker does speak, it's brutal and to the point.  He's got a mission, and he's doesn't leave time for small talk or pleasantries.  The man who did him wrong, he's going to pay.  Get in his way and death might be the only way out.  If you can help him, you better.  If not, he doesn't care who you were or what you meant to him, you're nothing but an obstacle to be removed.
Stone cold. 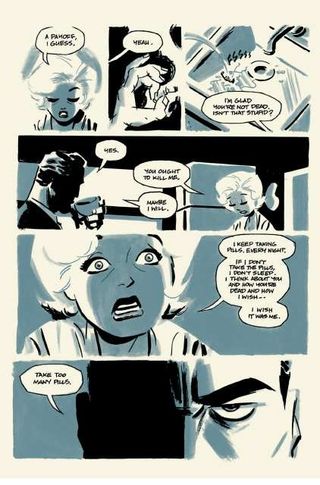 What follows is revenge fiction at it's finest.  No thug goes without a beating, no boss without a threat.  Dames, and I love using that word, booze, bullets, and money are thrown about without a second thought. 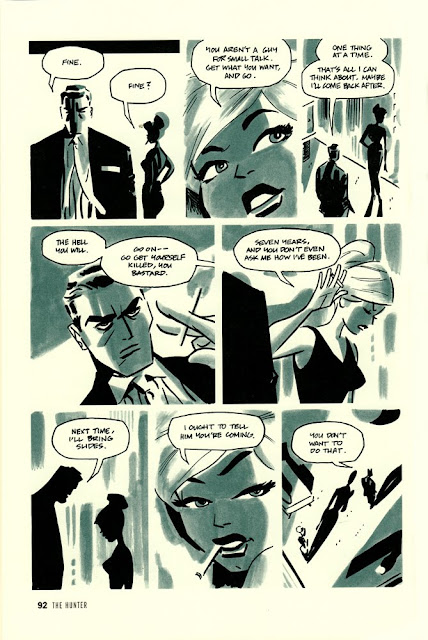 From the storytelling, to the pacing, to the gorgeous art, everything about this book is worth gushing over.  My only complaint is the next book isn't already out.
I hope you're hard at work Mr. Cooke.
Posted by Dan Fleming at 9:52 AM