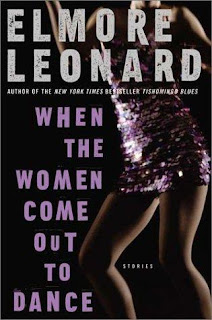 Am I the only one who cannot get enough of this woman?

Something about her character that just draws me in, no matter who portrays her.  Could it have been my initial exposure to her that formed such a favorable opinion, in Steven Soderburgh's impossibly sexy adaptation of Out of Sight?  It's the only film, besides U-Turn, that I've been able to stomach the artist formerly knows as J-Lo.  Or how about yesterday's subject, the short lived ABC series Karen Sisco.  Carla Gugino was certainly no slouch in the looks department.  Am I only interested in her because she's usually played by very attractive women?

It's her attitude and the way she carries herself, and this all stems from the written word.  She could easily come off as a Michelle Rodriguez stereotype; tough, over-bearing, and slightly annoying.  I don't need the snarls and tough comebacks to know she can handle herself.  Sure, Michelle Rodriguez could kick my ass, and I'd be okay with that, but not her attitude.  Karen, on the other hand, is confident.  She doesn't need to tell you she's going to whip you, she just does, and probably while wearing some sharp clothes.  And if she happens to have a gun in her purse, that's not going to stop her from having a good time.

But what if that new guy she's dating, the one she really likes, just happens to be a bank robber?  For one, she's not going to believe it without proof, and if it's true, it's not a question of whether or not she'll arrest him, but how quickly she can make him squeal.

And that's the strength of her character, the reason I love to read about her.  It's easy to underestimate her, even harder to say no to her.  However, she has no problem busting your ass, and putting a bullet in it as well.  She's just stronger than we are.
Posted by Dan Fleming at 10:57 AM