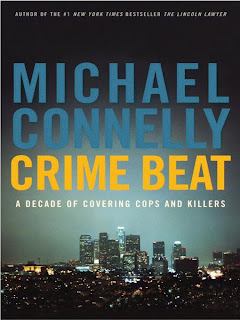 True Crime gets a bad rap.  It's the section of the bookstore where slightly "off" people hang out, at least at the book store I worked out.  These folks are a little too anxious to get there hands on a quickie novel about whatever crime has been in the news lately.  Need to find out what really motivated the BTK killer?  How about the secret desires of Scott Peterson?  You'll find it all in True Crime.

For the most part, I scoff at these "books."  Usually they are poorly written on the fast and cheap, not really worth the paper they are printed on.  Like every genre, 90% of it is crap.

That leaves 10% worth reading, and I've read a few.

I've talked about my love of Homicide: A Year on the Killing Streets at length.  It's one of the only books, besides comics, that I own multiple version of.  Should they print an anniversary edition in the future, hint hint, I'll gladly hand over my Amazon card to get a copy.  I've also read through Helter Skelter by Vincent Bugliosi, an Edgar Winner for Til Death Do Us Part, and recently The Monster of Florence by Douglas Preston.  If you haven't read that, track it down.  It's a facinating case of a writer who gets so involved in an unsolved murder that he becomes a suspect.

Today's book, while not as great as any of those, was a good read.

Crime Beat: A Decade of Covering Cops and Killers by Michael Connelly is exactly what the title implies, a collection of Connelly's articles as a prize-winning crime writer for various newspapers.  The stories are interesting and varied, often following up on previous articles at a later time, giving them a nice arc.  They are easy to read, fast paced, and always interesting.  It was this book that gave me the idea to search the internet for newspaper based crime writers that I haven't read before.

Connelly has since gone on to a very successful crime novelist.  I haven't read any of them yet, but I've got a few of his Harry Bosch series, Echo Park and A Darkness More Than Night on my bookshelf.  Based on how much I enjoyed this collection, I will be reading them.
Posted by Dan Fleming at 10:02 AM