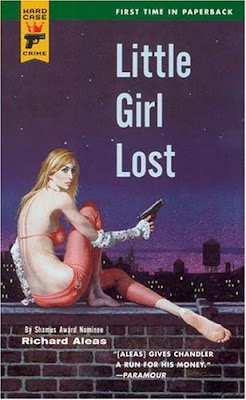 “It made sense, damn it. All you had to do was look at the world through the eyes of a calculating, soulless bitch who used people and threw them away.”

That’s a lesson I learned from Herman Munster the summer between my fifth and sixth grades. Or at least it was a lesson that was told to me. It was important, and it probably would have made the next few years a bit easier had I listened. I went from Top Dog at Milo Elementary to Pre-pubescent Twerp at Penquis Valley Middle School, and the transition was not an easy one. Instead of going to the Big Dance that would have introduced me to the older kids a few months ahead of schedule, I went with my friend Tom to see Pet Semetary. I thought, even at that early age, that I knew everything I needed to get along just fine.

I didn’t know a damn thing, except that movie scared the hell out of me.

Sure, I was a smart kid. The grades came easy, even though sixth grade did bring my very first B. But put me in a group of people larger than my five friends, and I quickly became the village idiot. I wasn’t terribly strong on the social skills. Awkward would be putting it nicely.

What I didn’t have in knowledge, I made up for in effort. I tried so hard. I studied everything I had little knowledge in, whether it be science, girls, sex, and the most elusive problem of all, how to be cool. My curious mind needed to solve that problem as if it were a simple equation. Too bad I didn’t know a single variable. And once you start trying too hard, “cool” is unobtainable.

To my credit, I didn’t give up. I’d sneak peaks at everything from Teen Beat to Playboy. I’d listen to Top 40 radio for hours. I was going to open that Pandora’s box of Popular, consequences be damned. And at that age, becoming like everyone else is the key. Getting rid of your personality, trying to fit in to what everyone else is. Being miserable. Perhaps not knowing would have been easier, and happier.

I’d like to think I’m cool now. I’ve come into my own, realized that certain things might make you feel cool,  but decided that I’m going to do my own thing. The need to be cool is no longer necessary, and perhaps that’s why it was easier to achieve. How I’d love to go back and show all those 8th graders just how cool I’ve become.

These days it would be all to simple to find them. There’s no need to attend a class reunion, or track down Johnny and Jane Popular and show them up. That girl you never got over, odds are she’s got a Facebook page. A few quick searches and you could find out what she looks like, if she’s married, and where she lives and works. With the push of a button, she can be back in your life, for better or worse. Can you resist that temptation?

P.I. John Blake, the protagonist of Richard Aleas’s novel Little Girl Lost knows what I’m talking about. His high school sweetheart Miranda was supposed to be living the American Dream in some mid-western suburb, complete with a husband, two children and a dog. She should have been a doctor, and not some stripper, shot dead on the roof of a strip club right in his back yard.

He shouldn’t look into it. It’s not his job. The girl she was is not the girl he knew. That’s what’s driving him crazy. If her life was so easy to derail, what’s to stop his from taking a turn for the worst. After all, he should have been a professor, not an investigator. He knows the choices he made, and he wants to know hers.

So he starts asking questions, more than aware the answers will be something he really doesn’t want to know.

Do yourself a favor, as you read this book, ask yourself all those questions that have poked at the back of your skull throughout the years. Are answering them that important to you? Pay attention to how this book ends. Maybe those answers won’t seem so important. Perhaps you’ll forget all about that Facebook search.

Sometimes, dead is better. I think I get it now.
Posted by Dan Fleming at 11:11 AM