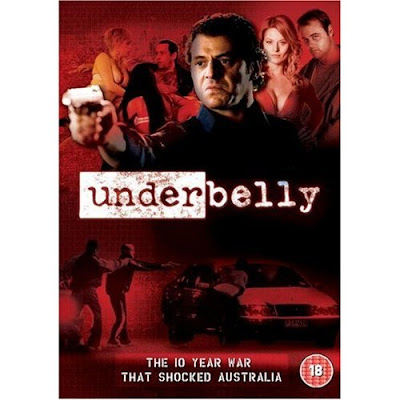 As a general rule, when Ed Brubaker speaks, I listen.

When it comes to modern crime comics, to this point, he is the be all, end all.  Along with Greg Rucka, he brought Gotham City's streets to the forefront with Gotham Central.  Scene of the Crime, his early Vertigo mini-series, is a hidden gem.  Well worth searching back issue bins for, it's got beautiful art by Michael Lark and was nominated for an Eisner award.  Books such as Point Blank and Sleeper brought a seedy noir style to the rather over the top Wildstorm Universe for DC comics.  He's proven his genre chops.

But all of his work was just leading to his masterpiece, Criminal.  Dark, mean, and littered with people you never ever want to meet, each storyline offers you up another chance to view the world you don't see.  It's my favorite book on the shelves.  (And yeah, I will be talking in depth about it in the future.)

There is a podcast, Wordballoon, that I listen to quite frequently.  Ed's on there from time to time, and it's always a treat.  Sure, he'll talk about his own work, but he also loves giving recommendations on books, movies, television, whatever he's enjoying at the moment.  Last time he was on, he spoke quite highly of some little seen, at least in the states, show from Australia called Underbelly.

I'd never heard of it.  Most of my Australian knowledge is limited to Lost, Crocodile Dundee, and all things Baz Luhrman.  But Mr. Brubaker couldn't stop gushing over this, which meant I had to see it.  Thankfully Ed did most of the leg work, explaining that it was an import Region 2 box set.  Netflix and Blockbuster were not going to have this.

So I had to put my faith in Brubaker.  I hopped on Amazon UK,  punched in my all too familiar credit card number, and ordered myself a box set, sight unseen.

Only two episodes in, and I can tell you it was worth every penny.

Some history.  This is based on a true story.  Apparently there was a ten year gang war in Australia, and it made famous men out of many criminals.  There, that's what I knew.  I was going to have to pay close attention and try to keep my head afloat because characters were getting introduced at a breakneck pace.

Luckily, the performances are magnetic.  Whenever Vince Colosimo, playing Alphonse Gangitano, is on the screen, he completely commands it.  From his first bullet fired, to the unbelievable things he says to his wife, this guy just screams charisma.  That's him front and center on the cover.  Kinda looks like a young Ian McShane.  You ever see an actor and wonder if maybe he's just a little "too good?"  That's this guy.  If I came across his mug shot reading the paper tomorrow, I wouldn't blink twice.  He's a scary man, and watching his eyes as he murders a so called friend, it's hard not to think he might have done this sort of thing before.

He is not the only actor, or actress, to draw attention immediately though.  I'd even be wary to call them the supporting cast at this point.  Honestly, within two episodes, you are introduced to so many characters, including a future serial killer, that the actor better make a damn good first impression, or risk being lost in the sea of people that I'm going to have to remember.

(Thankfully, there is some voice over narration to help me with all that.)

It wouldn't be fair of me to offer a full review of this series based on the 1.5 hours I've watched so far.  But it's grabbed my attention in way that hasn't been done since the first episode of The Shield.  In my mind, that's a very good thing.

Any of you out there still suffering from Sopranos withdrawal, do yourself a favor and check this show out.  If you're not convinced, I'm sure I'll be back to talk about it some more in the near future.