The Short Con Week 25 - Interview with a Crime Lord


Based on the title, I had such high hopes for this.  A sit down with the crime lord?  Imagine what someone like Frank Pembleton could do with such an opportunity.  He'd charm, twist words, and probably evoke some sort of explosion from the guy.  But this, this was weak.  Why would the "crime lord," who doesn't exactly have the presence of such, even sit down to talk with this guy?  And this was the plan of attack?  I'm certain in the real world, this fellow would find himself with some unwanted company in the near future.

But it did get me primed for some real life mob action, and thanks to Tana, I was just made aware of this special airing on CNBC tomorrow.  And if I learned anything from watching The Wire, especially Lester Freeman, it's FOLLOW THE MONEY. 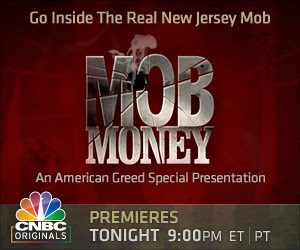