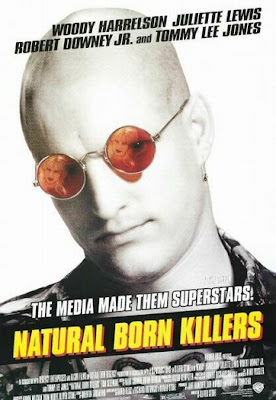 Still a bit burned out from the Tennessee trip, so here are a few scenes from an oldie but goodie.  Man, I need to rewatch this soon.

If you haven't seen it, here are a few good reasons to seek it out.


#1 Rodney Dangerfield.  Having grown up on his comedies, especially Back to School, it was an unbelievable mindfuck to see him this disturbing.

#2 Woody Harrelson.  This was the first role of his that really put some distance between himself and his Cheers character.  After this, he wasn't always expected to be goofy, leading to some very good, Academy Award nominated roles.

#3 Robert Downey Jr.  I'm sure he was still in his drug phase, but his Geraldo-esqu Wayne Gale was unbelievably entertaining.

#4 Quentin Tarantino.  I'm not really sure how much of his original script survived, but his fingerprints are over this movie just as much as Oliver Stone's.  Given the chance, it would have been interesting to see how he would have directed it.

And if you ever want to read an interesting book about this film, check out producer Jane Hamsher's Killer Instinct.