Warner Bros. Pictures announced today that Anne Hathaway has been cast as Selina Kyle in Christopher Nolan?s The Dark Knight Rises. She will be starring alongside Christian Bale, who returns in the title role of Bruce Wayne/Batman.

Christopher Nolan stated, "I am thrilled to have the opportunity to work with Anne Hathaway, who will be a fantastic addition to our ensemble as we complete our story."

In addition, Tom Hardy has been set to play Bane. Nolan said, ?I am delighted to be working with Tom again and excited to watch him bring to life our new interpretation of one of Batman?s most formidable enemies.

Nolan will direct the film from a screenplay he wrote with Jonathan Nolan, from a story by Christopher Nolan and David S. Goyer. Nolan will also produce the film with his longtime producing partner, Emma Thomas, and Charles Roven.

The Dark Knight Rises is slated for release on July 20, 2012. The film will be distributed worldwide by Warner Bros. Pictures, a Warner Bros. Entertainment Company.

This news broke a few days ago, and within moments of it's release, the comic community went insane.  There were plenty of rumblings and mumblings on message boards, ranging from "who the hell is Tom Hardy?" to "Picard's clone" to "not FREAKING Bane!!!!"

Even if you are not one who frequents these boards, it still won't come as a surprise that people on the internet tend to overreact and pass judgement, often in a negative light.  I know, I know, shocking.  But I'm here to tell you that this is good news.

Tom Hardy will be an amazing addition to the Batman franchise, regardless of which character he would have played.  (Personally, I was hoping for Dr. Hugo Strange.)  For the uninitiated, Bane is the character that broke Batman's back in the 90's.  Along with Superman's death, it was pretty big news.  Sadly, most of the general public is only aware of the character's appearance in Batman & Robin, where his only job was to be hulking and predict the movie's performance.  (All he says is Bomb.) 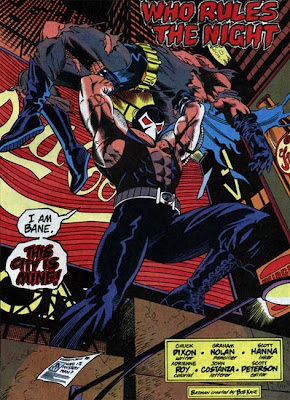 In the comics, it's an all together different story.  Bane grew up in a prison for the crimes his father had committed.  In that time he became well read and physically strong, both traits that served him well.  However, he also became dependant on a strength enhancing drug called "venom."  Upon his escape from prison, he decides that he needs to destroy Batman.  He hatches an immaculate plan, which starts with an Arkham jailbreak, to run Batman through a gauntlet of his foes, which eventually leaves Batman tired and weak enough for Bane to "break."  He was also smart enough to decipher Batman's true identity as Bruce Wayne. 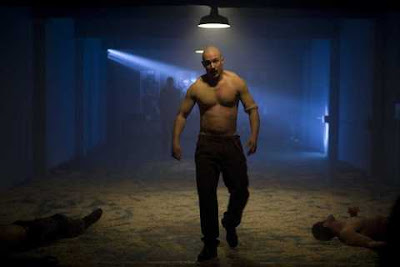 Personally, I am salivating at the thought of Tom Hardy in this role.  He's shown he can play the physical tough thanks to his amazing performance in Bronson, and he certainly proved in Inception that he can be clever.

The Dark Knight certainly set the bar high, but I've got even more hopes for this one.  Lets just hope they leave the Luchador mask off.

And does anyone need convincing that Anne Hathaway will make one hell of a Catwoman?  I didn't think so. 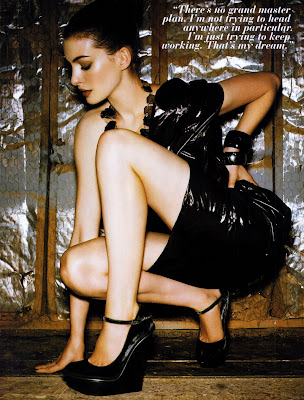