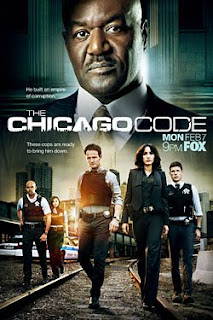 Now that Shawn Ryan's other new show, Terriers, is officially off the air, it seems that The Chicago Code could not come at a better time.  I've been waiting for this for the better part of a year, despite knowing absolutely nothing about it other than it deals with crime and corruption in Chicago.

But now promos are starting to appear, and I'm excited as hell for one reason...

The city of Chicago is a paradox that serves as the setting for Shawn Ryan's new drama, THE CHICAGO CODE. In this series, the audience is the passenger, taking an unpredictable ride through the streets of Chicago and navigating crime and corruption with the most respected - and notorious - cops in the city.


JAREK WYSOCKI (Jason Clarke) is a local legend and larger-than-life veteran of the Chicago Police Department. Like the city of Chicago, Jarek is razor blades and brass knuckles wrapped in politeness and egoless charm - a man who throws away partners the way others throw away tissues. TERESA COLVIN (Jennifer Beals) arrived at the pinnacle of the Chicago Police Department in a short period of time. She's determined to implement changes before the mud that is Chicago politics clogs her office. As a result of Teresa's difficult choices, she has made some powerful enemies along the way, including two street gangs, the police officers' union and a city alderman who proves to be a dangerous adversary.
Jarek's new partner, CALEB EVERS (Matt Lauria), is a smart young detective who desperately wants to prove himself. He is savvier and more observant than most people give him credit for, and just might make the perfect yin to Jarek's yang. Also in Jarek's charge is his niece, VONDA WYSOCKI (Devin Kelley), a rookie beat cop whose father, Jarek's brother, was killed in the line of duty when she was young. Jarek keeps close tabs on her and is less than thrilled to discover she's falling for her partner, ISAAC JOINER (Todd Williams), a charismatic cop who takes unnecessary risks on the job that land him and Vonda in some dangerous situations.
ALDERMAN RONIN GIBBONS (Delroy Lindo) is a building-magnate-turned-politician who has ruled his ward with a velvet glove for three decades. Jarek and Teresa are convinced Gibbons and his cohorts - including LIAM HENNESSEY (Billy Lush), an Irish tough guy in Gibbons' construction empire - are dirty to the core, but they've never had the evidence to prove it. When a murder investigation leads them to Gibbons, they are determined to bring him to justice and clean up Chicago - if that's even possible.
THE CHICAGO CODE is a production of 20th Century Fox Television and MiddKid Productions. The series is written by Shawn Ryan, and is executive-produced by Ryan, Tim Minear and Charles McDougall. McDougall directed the pilot episode.
The Chicago Code premiers February 7th at 9pm Eastern.
Posted by Dan Fleming at 10:17 AM