Death of a Blockbuster 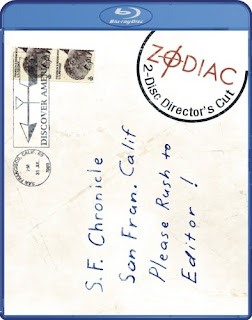 A few years ago I would frequent the neighborhood Blockbuster video quite often.  They had a decent amount of New Releases, a fairly good back catalog, a monthly rental program, and most importantly, a mass amount of used DVD's.  I would show up every Tuesday to pick up the newest releases, browse the used section, and more often come home with a few extra titles to add to my burdened media shelf.  At the time, 3 for $20 was hard to resist.

As the time went by, the unlimited rental program became more expensive, and oddly enough, more limited.  I axed the Blockbuster.com account as soon as the store exchange problem became a headache instead of a benefit, and before I knew it, I stopped going to Blockbuster all together.  A locally owned chain, something we should all champion, started renting New Releases at a $1 to compete with Redbox, and to their credit only recently upped their fees to $1.50.  (They actually apologized to me when the fee went up.  Picture BB doing that.)  And now I only buy used copies of DVD's rarely, thanks to my new obsession with Blu-ray, and those are purchased at another locally owned store (Bull Moose) whenever possible.

So when I heard that Blockbuster was in financial trouble, I was hardly surprised.  Out of curiosity I wandered back in after a year long absence.  The shelves were still stocked with 100 copies of the latest "big" movie, but I didn't exactly wander the aisles.  I was there for one reason, the used Blu-rays.

To my surprise they were reasonably priced, with a decent enough stock.  Will it save the company?  Hardly. But it might just give me reason to go back.  My big purchase?  Blu-ray copies of The Curious Case of Benjamin Button and Zodiac.

I happen to be watching Zodiac, for the first time in at least a year, as I watch this.  It's a phenomenal looking film, and the BR presentation captures Fincher's look perfectly.  Besides being a dynamite movie, the discs are also packed with the all important commentaries and bonus features.

One day I'll be sure to talk about Fincher, and how he is an absolutely amazing crime director, but for now I'm just going to keep watching.
Posted by Dan Fleming at 9:56 AM