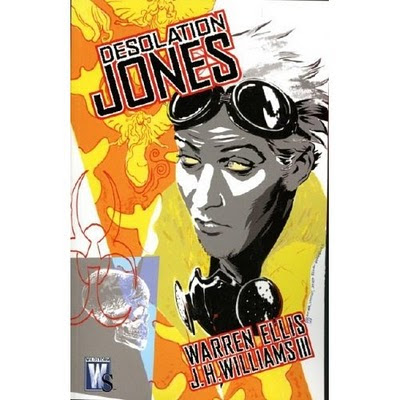 Everyone should have a Chandler-esque Los Angeles story, even cranky, Red Bull fueled Brits like Warren Ellis.  Having been a fan of his long running Vertigo series, Transmetropolitan, I knew he'd bring something special to the table.  And indeed he did.
A former field agent for M16, Michael Jones was the first surviving victim of the Desolation Test, a radically dangerous prcedure cooked up by the British government.  Jones was intravenously kept alive while being force-fed a steady diet of horrific data and images non-stop as stimulants were continuously pumped into his body--keeping him conscious and alert for a solid year.
Now retired from the agency, Jones lives in Los Angeles, acting as a private investigator to the secret underground community of ex-spooks who have come in from the cold, and who have no one else to turn to.

This is the Warren Ellis I enjoy.  Dripping with sleaze and wit.

And none of this revulsion would be possible without the ever amazing art of J.H. Williams.  I make this statement loud and proud, HE HAS NO ARTISTIC EQUAL IN THE WORLD OF COMICS.  None.  He is the best.   By this point, he had already shown the world what he could do in Promethea, but his Desolation Jones work took it in another direction.  Promethea was beautiful, but so were the images he spent most of his time drawing.   She was a goddess.  Drawing a man getting his eye gouged out, or his balls stomped, and having that being beautiful to look at is pure skill. 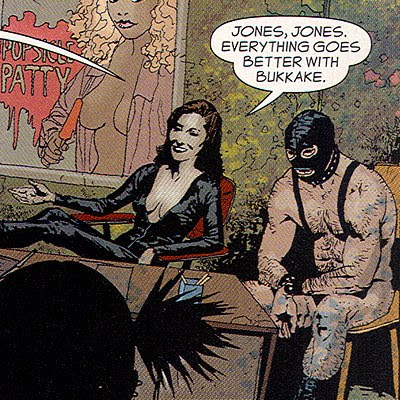 Sadly, the Ellis/Williams combination only lasted six issues, collected in handy trade format.  After Williams departure, Danijel Zezelj was brought on for an arc.  I'd love to rave about that story as well, but it was aborted two issues in.  If memory serves me correctly, which it might not, Ellis had a computer meltdown which caused him to lose scripts, and eventually abandon the series.

Too bad.  It had the promise of something unique.  Warren Ellis eventually wrote a novel, Crooked Little Vein, which thematically is as close as you are going to get.  Read that when you finish with this.  And pester DC to put out an oversized Absolute Format Desolation Jones.  For less than $100.  With sketches.  And scripts. 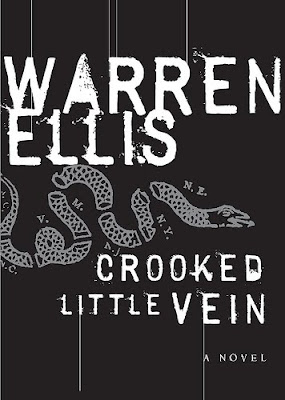