Friday Night at the Movies Week 19 - Get Carter(s) 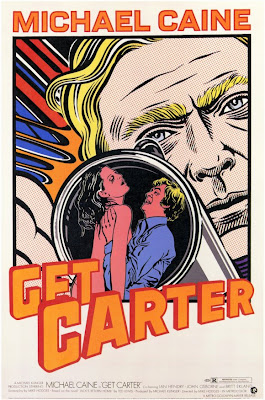 So last week I had a movie where people couldn't stop talking.  This week, nobody says a damn word.  And that's fine with me.  Carter (Michael Caine) isn't a man who chit chats.  He's a man of action.

Carter brother is dead.  The cops say it was drunken driving, but Carter knows better.  And he's going to find the truth.  Jack Carter is no private investigator.  He's a vindictive, hard case killer.  The law is not his concern, as those responsible will not answer to order, they answer to him.  And he will kill anyone and everyone that gets in his way.

This film is considered a classic, and for good reasons.  Michael Caine is always excellent, and he brings Carter to life without lots of big talk.  For a hired killer, he's a man of subtlety...and shotguns.  The real suprise of the film is how willing he is to kill everyone he sees fit to.  And if he's not killing people, he's having sex with them.  I'm sure the joke has been made before, but the titlel could have easily been Get Some, Carter.

The subject matter is also rather dark.  I was clued in from the beginning, when there is a bunch of guys sitting around watching stag films.  I'm sure it's not that unusual for guys to do in the 70's, but something told me it would be the last we'd see of sex films.  Sure enough, Carter's own family has ties to it's dirty world.

However, the direction was lacking in my opinion.  Scenes seemed awkwardly staged, and the fight scenes, especially when Carter slaps the hell out of that guy, were poorly cut.  There was room for improvement.

Was that improvement the 2000 remake with Sylvester Stallone? 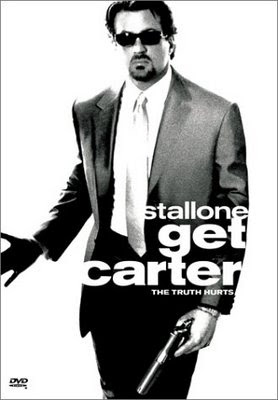 But it lacked the charm and punch of the original, especially the ending, which still catches me by surprise today.  The remake chickens out a bit, which robs the films conclusion.  Noble effort.