I've been a fan of Warren Ellis for the past decade or so, ever since I got back into reading comics.  His work on The Authority and Planetary was revolutionary, bringing about a new type of superhero, one that DC comics might not have been ready for. 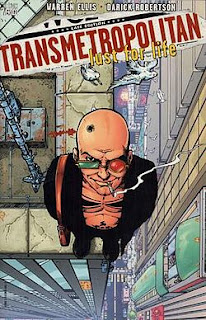 These books led me to his masterwork, Transmetropolitan.  Published by the Vertigo imprint of DC comics, Transmet ran for 60 issues and was a glorious combination of Hunter S Thompson and Philip K Dick.  It presented a twisted, corrupt future world which frighteningly is starting to appear.  It's angry, smart, and an amazing work of fiction. 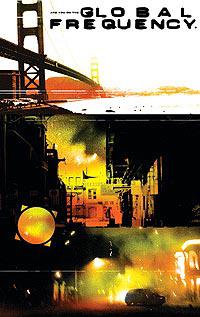 Since then, The Old Bastard (as he is affectionately known) has created the detective series Fell, the intelligence thrillers Global Frequency and Red, and countless other work for hire for Marvel that I'm not going to mention.

But when Warren Ellis's game is on, he's a true modern wordsmith. 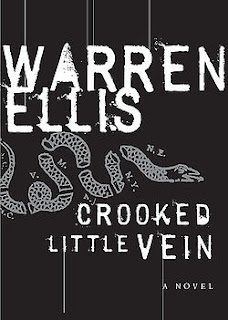 His first novel, Crooked Little Vein was a modern update of the classic hard boiled noir, complete with sexual  fetishes, a secret Constitution, and every dirty little thing his mind could conjure.  While it follows the tropes of the traditional private eye novel, it quickly distinguishes itself from most anything you'll ever read.  It can be a bit over the top at times, but it never fails to entertain.

And now he's got a two book deal at Mulholland Books.

Chocolate, meet peanut butter.
Posted by Dan Fleming at 11:24 AM