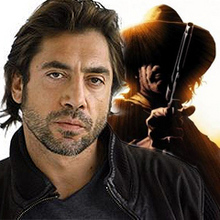 It's official.  Javier Bardem has officially signed on as Roland Deschain in the Ron Howard adaptations of Stephen King's Dark Tower series.  I haven't yet read all of the books (I stopped after book 4 because of fears the series would never be finished) but I think this is fantastic news.

If you haven't heard, Howard's plans for the series are rather ambitious, mixing a trilogy of films along with television mini-series.  It's something that could be completely amazing or fail spectacularly, but I have to admire Howard and producer Brian Grazer for their moxie.  Personally, I'm hoping it's a wild success, and the casting of Bardem ensures a commitment to quality.

But not surprisingly, the internet isn't happy about this.  After reading the comments on Imdb, (I know, glutton for punishment) I was absolutely shocked to hear many people crying about Javier's accent.  Really?  This is an Academy Award winning actor signed on for a part he should absolutely kill, and people are fretting about his accent?  Do people expect him to sound like he's in a Spanish language film?  He's an actor, lets allow him to act.  Besides, the Dark Tower series is fictional.  Where does it say he has to sound American?

I hope he sounds like he usually does because I actually like his voice.  To hell with the complaints.

image originally found on Movieweb.com
Posted by Dan Fleming at 11:43 AM