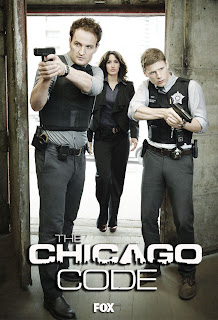 So I'm incredibly sad to see that The Chicago Code has not been renewed for the upcoming fall schedule.  I have yet to see every episode, but it's safe to say with most of the toilet water that passes for television, this show should have at least been given a second season.  I don't expect the cash cows that are reality programming to disappear, but certainly their easy money should be able to pick up the tab for some quality shows.  It's a sad state of affairs when the man who created The Shield has had two decent shows axed recently.  (He also executive produced Lie to Me, another casualty.)

Shawn Ryan, we all owe you an apology.
Posted by Dan Fleming at 3:35 PM