Not in time for Christmas...

but this is GREAT news!

from blu-ray.com
Universal Studios Home Entertainment has officially announced Out of Sight for Blu-ray release on March 1, 2011. This crime thriller, directed by Steven Soderbergh (based on a novel by Elmore Leonard) and starring George Clooney and Jennifer Lopez, had been released in 2006 in the defunct HD DVD format.

And because Universal must have been reading this blog, it will be released with the poster art! 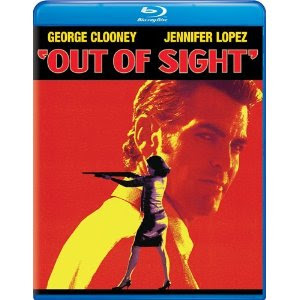